Nothing dries here. Mom bought me a box of sun, which seems to be helping the doomy gloomies a bit.

I think too much about what I could be doing, and berate myself for not living the life I think I want, or am supposed to want, but if I want to be the sort of person who goes to bars alone and practices karate, why don’t I ever actually want to do those things? Perhaps the new coolness is someone who goes from home to school and back again and eats mac and cheese. This is a thing, right?

I think too much, I think. Oh wait. Crap.

School is different the second time around. Better and deeper in many ways, but I can no longer summon that wild, vicious sense of youthful self-import that undergrad held. There is less of a sense of inevitable greatness, though it is replaced with a stronger sense of what I do and why. But I miss feeling like a ball of greatness waiting to explode. Maybe it’s a slow detonation. Also, I drink much less in this iteration, which is probably for the best. I seem to recall a lot of drinking alone and baking cookies while crying at “Friends” the last time.

I am continuing to work with letterforms. I did the whole alphabet in large, 18″x24″ form:

…and hung the whole shebang up for crit. I kind of want it up forever.

I’m trying to learn to use it, which is trickier than I thought. Learning to write in it is going alright, but reading it is a whole other matter. Makes you realize that we don’t see the individual characters when we read; we just grab the whole word. I can READ the code-language, but I still have to parse it letter by letter. I’m going to try to get some friends to be secret code pen-pals with me to help me learn– I need stuff to read that I did not write, that’s cheating, and really doesn’t work. It’s, in the wise words of my father, like a three-year-old memorizing Go Dog Go and then pronouncing that they can read. I suspect he may be speaking from experience on that one.

I’m not quite sure where the language/code thing is going yet, but I find it compelling. I think, at the core, I’m trying to create the world I want to live in, all magical and shit, and this is perhaps how language looks in that world. It seems very important for me to be able to use it, not just have created it and let it sit there. I have lots of little seeds of ideas of how this might fit into other work later…

I also started to get back into makeup a bit, at the urging of my mentor. Again, not sure where that leads but hey, we’re all about experimenting right now. Can you tell that “I don’t know what the hell I’m doing” is a common theme recently?

This one was mostly practice with a white base makeup I got for Halloween. There was no character theme; just play. 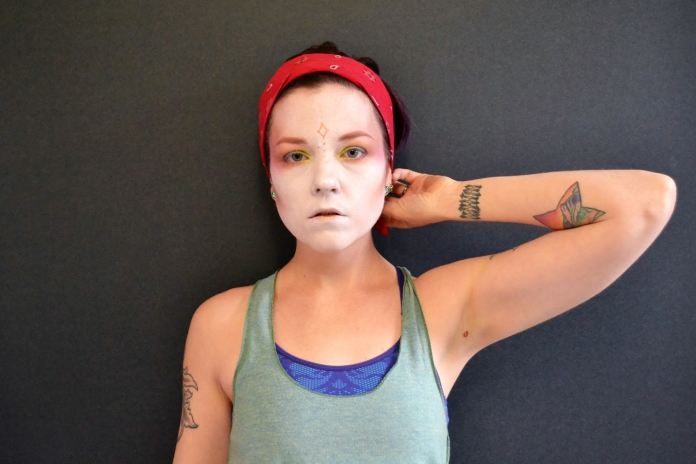 My mentor suggested I remove variables to make the focus really on the face and makeup, so going forward I’m going to try a few set poses, same outfit, no wig, no face expression, just really focus on the makeup.

Oh, and speaking of Halloween, here’s how THAT turned out: 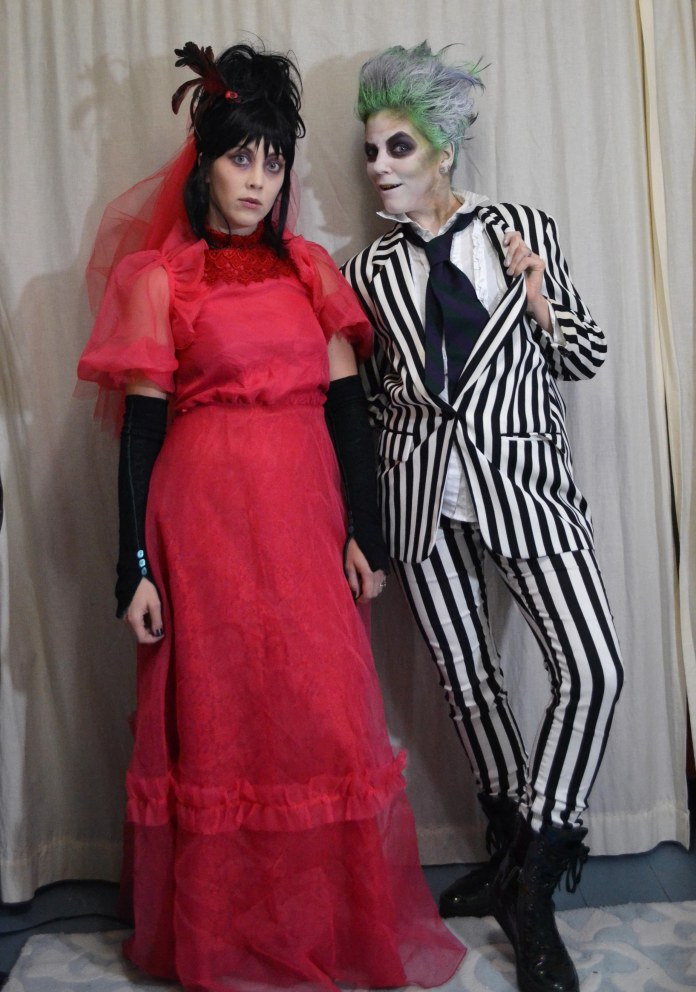 We were pretty awesome, if I do say so myself. Dancing at the Lovecraft ensued and a good time was had by all.

Right. Off to make some capes and write some letters. Huzzah!